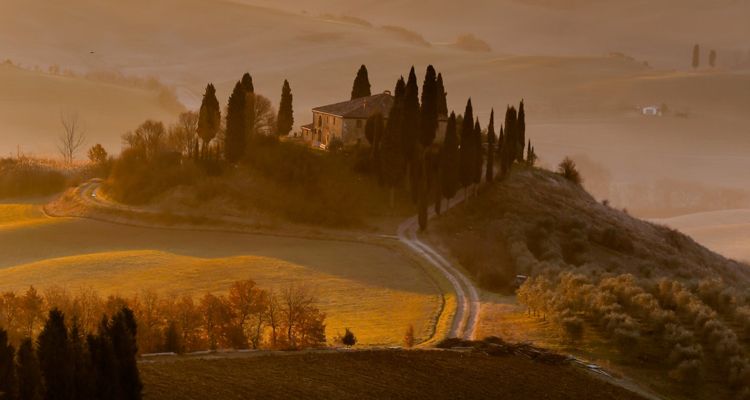 The son of the Italian Duke who sold Sting his Tuscan villa is speaking out. Sting says he was ‘duped’ into purchasing the villa.

Sting says he later found out he wasn’t served wine from Il Palagio, but a Barolo from the Piedmont region of Italy. Sting says the great wine he tried convinced him to buy the vineyards as well.

“When we served the wine from the estate to our guests, I saw that someone was emptying their glass into a flowerbed. It was then that we decided to avenge ourselves and to show it was possible to produce excellent wine from the vineyards at Palagio. Our whole Tuscan adventure has really been a way of getting our own back,” the singer told Corriere della Sera’s Sette magazine.

The duke’s son, Simone San Clemente Jr., isn’t happy with this characterization, though. He issued a fiery rebuttal, which was published by the Corriere della Sera. The rebuttal implies that Sting may not be the best wine sommelier, either.

“Apart from the fact that an internationally experienced gentleman like Sting should not confuse Barolo with Chianti, Nebbiolo with Sangiovese, nothing could be more alien to my father’s character, habits, behavior, in a word, to his spirit, than to behave like a swindling innkeeper,” the duke’s son writes.

“My father lived until 2012, so Sting had time to allow him to personally retort to his suspicions, but the statement was not only in bad faith, but also so absurd as to sound like a boomerang. Instead, Sting decided to do it ‘a babbo morto’ as they say in Tuscany, when the father has died.”

“Today the comparison between the Palagio of the past and the one today re-fashioned by Sting is deplorable. The Palagio is now a Palm Beach-style resort. The refined taste that Sting says he has acquired over the years is not reflected in his words. Quite the contrary.”

“He even uses my family’s coat of arms on his wine labels. This does not seem to be refined when he chooses to publicly insult my father,” the son continues. He asks Sting for a public apology for what he said about his father tricking him.

Have Credits? View Your Stream Counts with Muso.AI — Here’s How It Works