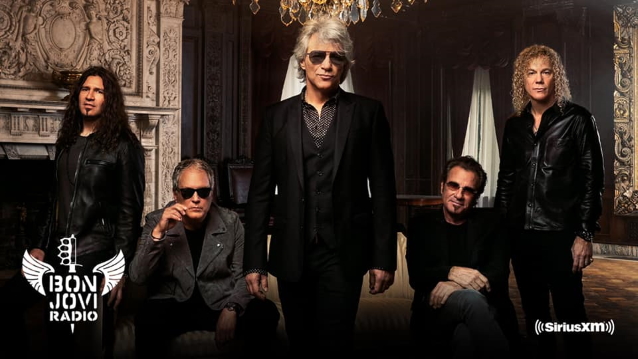 Bon Jovi Radio will showcase the epic music and career of the Rock And Roll Hall Of Fame inductees BON JOVI. This music channel will explore decades of BON JOVI rock anthems, fan favorites and biggest hits, along with songs from other artists, hand-picked by Jon Bon Jovi. Listeners can also expect to find exclusive concert specials pulled from the band’s extensive archives, along with interviews and commentary from Jon, members of the band and crew.

The new streaming channel will also feature listener guest DJs, fan takeover events and celebrity and artist guest DJs who will weigh in on favorite BON JOVI songs and share their insight on the band’s influence. Hosted monthly, the artist guest DJ series kicks off with John Rzeznik of the GOO GOO DOLLS on Thursday, September 2 at 1 p.m. ET as he plays his favorite BON JOVI cuts. Listeners to Bon Jovi Radio will also be treated to a weekly concert series featuring live performances pulled from the band’s archives. The first concert series kicks off with “Live At The China Club”, hosted by BON JOVI‘s longtime recording engineer Obie O’Brien, on Friday, September 3 at 6 p.m. ET and features BON JOVI‘s exclusive concert from New York City’s China Club, recorded in September 2000. Every week, O’Brien will dig deep into the archives for hand-selected BON JOVI performances while sharing exclusive details about some of his favorite shows.

Streaming access to SiriusXM is included with most subscriptions. Subscribers are able to listen to Bon Jovi Radio online and on the go with the SXM App, and with Amazon Alexa or however you stream at home. Go to this location to learn more.

SLAYER’s METAL BLADE Catalog To Be Reissued On CD, Cassette And Vinyl