Meet LUSSO: The Music Producer Taking Over the EDM Sphere 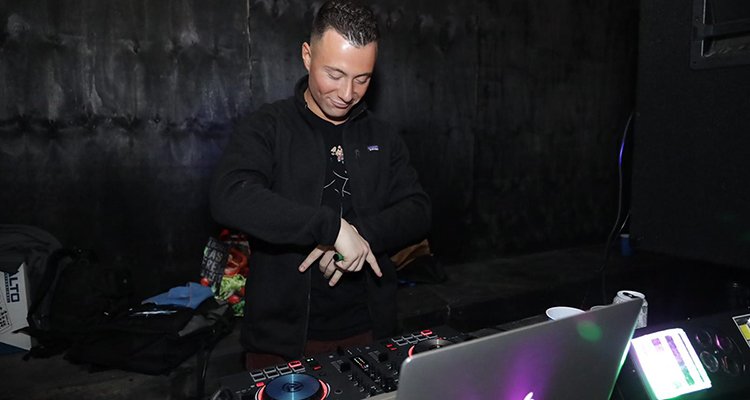 House music has become one of the most popular dance sounds with a rich history dating back several decades.

The following comes from Ascend Agency, which has partnered with Digital Music News to bring you this profile on LUSSO.

It’s an electronic dance sound largely borrowed from disco, with its origins tracing back to Chicago in the early 80s. The sound has since spread, and it’s now one of the most widely recognized music genres in the world. House is also accredited as the foundation of numerous other sub-sounds, popularly known as EDM and future house.

The sound has also attracted a lot of traction in the music industry, with new artists venturing into the genre. DJs have also joined the party to share this electrifying sound with millions of fans worldwide.

LUSSO, a house-music producer and DJ from New York City, is one of the entertainers taking the industry by storm with this sound. He is a renowned EDM producer with numerous captivating mixes to his name. Some of LUSSO’s notable works that have dominated the charts include his In The Rough EP on Tommie Sunshine’s Brooklyn Fire Records that reached number on one of Beatport’s Top 100 Teach-Houses Releases.

LUSSO also produced “Trippin’” on Tommie Sunshine’s Brooklyn Fire Records that gained over 250K streams on Spotify. His other notable release includes “Rude Boy” on tough Love’s Get Twisted Records that reached top 25 on the Beatport Genre Chart. This particular release received a lot of support from the fans alone and fellow DJs such as Calvin Harris, Mark Knight, Kryder, Bob Sinclair, SIDEPIECE, and more.

As he continues to build more career highlights, the talented house producer has already garnered over a million streams on Spotify, including the Dakiti remix featured on the virus XM BPM. LUSSO is taking over the industry, and he assures there will be much more to be experienced from his studios.

LUSSO believes in the power of social media in boosting one’s career in the entertainment industry. He advises aspiring artists to focus on building their social media presence. He terms it as a powerful networking platform where you can easily link with other like-minded individuals in the industry. To LUSSO, the kind of network you establish can be essential in determining your success, even more than even the skills you possess. He calls for putting in the extra effort to put content out there while ignoring the naysayers.

This highly ambitious DJ is dedicated to continuing building his brand and craft in the studio. He believes in content to be the number one catalyst to attract success in the industry. To him, it’s also the only way he can continue getting more gigs in the NYC entertainment scene. He shares a goal to get his remixes even wider support by some of the world’s most renowned DJs. LUSSO is also keen on scaling his audience with a target of earning himself 200K monthly listeners on Spotify while performing in some of the biggest and top clubs in the country.

You should check out this fantastic talent by streaming some of his mixes on Spotify, among other music streaming platforms.